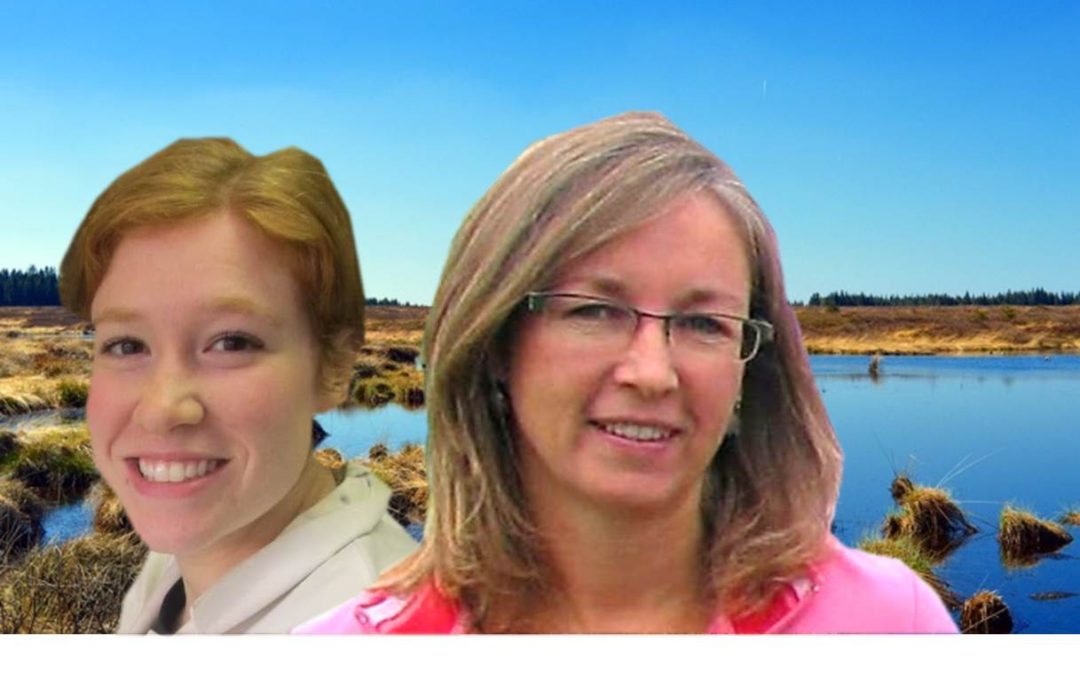 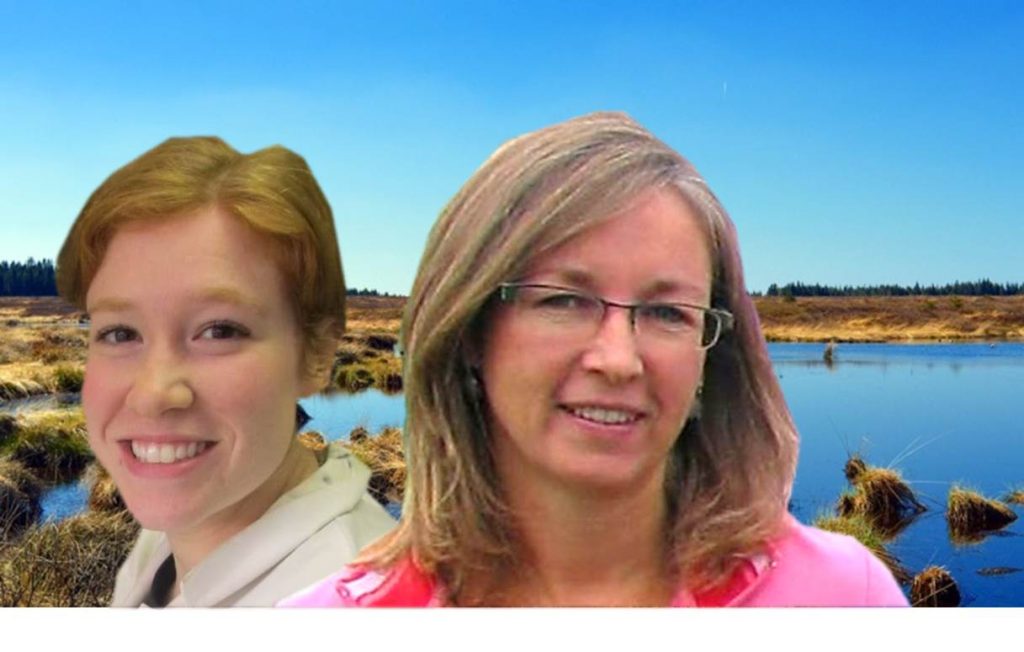 I am a Research Scientist with Environment and Climate Change Canada (ECCC).  I study the effects of aquatic contaminants on invertebrates, with a particular focus on freshwater mussels.

What made you pursue a career in government?

I conducted the laboratory component of my PhD research at ECCC’s Canada Center for Inland Waters (CCIW) and found it to be a great place to work with amazing people and excellent facilities, and through that experience I learned that I really enjoyed applied research.  In addition, after having spent some time in both academia and government, I believed working for ECCC suited me well in trying to establish a work-life balance.  On the practical side, CCIW is in the same geographic area as my husband’s job and where our families are located, so overall it was a good fit for the type of science I found exciting and the needs of a young family.   I am really happy with where I ended up; I love my job as a Research Scientist.  This position has given me the opportunity to engage in research projects that span a wide variety of topics across different regions of Canada, and now being mid-career with awesome technicians and collaborators – it’s especially fun!

Have you had any personal heroes or mentors during your scientific career?

Yes, there have been a number of scientists whom I look up to and who have taken time to teach me along the way, and still are today.  Two in particular stand out.  While I gained experience conducting research in graduate school, it was my post-doc supervisor, Chris Wood who taught me that there was still much to learn with respect to how to actually do science and manage a research program.  It was in Chris’s lab at McMaster University that I was required to, and thus began to learn how to engage in the broader aspects of research.  Although I certainly didn’t feel competent in these areas at the time, by taking part in proposal writing and helping to manage research projects and supervise students I gained experience that was key to being able to initiate my own research program and I am very thankful to Chris for that.  At ECCC I have learned much from the senior scientists, but the influence and nurturing of Joanne Parrott, particularly stands out.  Joanne was my manager for a while and would always take the time to learn not just what, but how I was doing.  She also worked to provide opportunities to collaborate on bigger projects and taught me how to target my research interests to our mandate at ECCC.  No matter how busy, Joanne always makes time for junior staff and provides guidance in an incredibly positive way.  I am still hoping that some of her fantastic energy and positive outlook will eventually rub off on me.

Have you encountered any challenges specifically associated with being a woman in science?

I think the most significant challenge I faced was more to do with being a time-stressed, exhausted parent rather than being a woman.  Trying to balance the responsibilities of caring for young children early in a scientific career was definitely challenging.  Even though it’s contrary to medical opinion, I had to convince myself that sleep was completely over rated.

How do you establish and maintain a work-life balance?

I quickly realized and came to accept that I would never be as good (AKA productive) as a scientist because I was mom, and that I would never be as good (AKA attentive/available) a mom because I was working full-time as a scientist.  Now that I am running my own research program I strive to only do science work during family time when absolutely necessary and not to make it the norm just to get more done day-to-day.  Sometimes, when it can’t be avoided (deadlines, travel) work has spilled over into home time, so the support of my husband is what makes trying to achieve such a balance even possible. Without a partner who respects your choice to have a demanding career, I don’t think it would be possible to (try to) juggle everything.  My husband turned down work opportunities when the kids were young because he didn’t have a stay-at-home wife to pick up the slack of extended travel.  I am really grateful for this because that was a key time in my career.  The saying that it takes a village to raise a child rings true to me because both sets of grandparents contributed hugely to keeping us above water in terms of demands on our time and energy when our children were young.  It is because of the ongoing, and hands on efforts and involvement of grandparents (and aunts and uncles) with our children that my husband and I could both pursue our careers.  Drive, determination and even defiance can only take you so far, it was the unwavering support of a partner and both of our families that have allowed me to be able to work and strive for a hopefully-not-so elusive work-life balance.  If it weren’t for the rock solid support of my husband of over 26 years, I highly doubt we’d be having this interview.

What was the biggest obstacle that you had to overcome as a woman in science?

I think timing was the biggest obstacle.  What I mean by that is that the time spent having and taking care of children during my PhD and post-doc days impacted my productivity during that critical time.  During those key years even a couple of publications can make the difference between being competitive for academic positions or not.  So choosing to have your family during that period can alter your career path and the speed of early career advancement.   I hope hiring committees and granting agencies will work towards a solution to level the playing field for women who chose to wear two hats during the crucial time when their (recent) productivity is being used as metric to assess their potential over an entire career.

What are some of the misconceptions and roadblocks that women have to overcome today to become respected and well-known scientists?

For the most part, I don’t think people intentionally put up roadblocks to impede others, sometimes there are just norms or practices that they may not realize can negatively affect you.  When I started at ECCC I told my manager that unlike the other scientists in his group, I could not engage in field work all over the country and be away for weeks and weeks at a time because it wasn’t possible with a young family.  Though he seemed a bit surprised that I brought this up at our initial conversation, he said he understood and never made me feel as if I wasn’t doing my job because I developed my research program around water bodies closer to home.  I think communicating with those in authority what you can and cannot do and what you need to succeed in your job is important for women, and in fact any early career professional to be successful at navigating around potential or perceived roadblocks.

Anything you would do differently in terms of your career, work-life balance?

Interesting question, I never really thought about that because I think work life balance is fluid and can be reassessed and adjusted as needed.  But looking back I wish I had taken longer maternity leaves.  I took a total of 12 months for 3 children because I thought that it was oh-so-important to get back to doing experiments and get on with my graduate studies without further delay.  In hind sight I realize that those experiments could have indeed waited as my career path was already so altered by having the babies that a few more months of maternity leave wouldn’t have made much difference.  However I didn’t know that at the time and I kept my leaves brief so that I wouldn’t fall any further behind my peers.

You still make time to do field sampling, often wading in streams and sifting through sediment for mussels. Even in the present day, young girls are socially conditioned to stay out of the muck and acquire disdain for organisms that are not cute and cuddly. How did you work against these omnipresent notions in society to become an internationally recognized expert in ecotoxicology of mussels?

Once, when my then 5 yr old daughter was digging through the mud in our front yard and proudly held up a big worm, our neighbor said ‘you can tell she has two older brothers’, for some reason I took offense to that and said ‘or you can tell that her mother is a biologist’.  I think all children are inherently curious and believe that we are all responsible to nurture that curiosity whether they are interested in wiggly things or furry things, computers or cosmos, and definitely regardless if they are girls or boys.  I agree commonly held gender-based stereotypes and notions of society can affect a young person’s education and career choice, but I think women in science can work against such notions by providing a strong and visible example to demonstrate that they are just that, notions, and not theories based on actual limitations that impede women from succeeding in non-traditional roles.  By the way, that now 16 yr. old just told me she wants to study astrophysics in university and I look forward to helping her overcome any gender-based stereotypes she may encounter, including those of misguided neighbours.

Many junior scientists are immensely grateful to women like yourself who have paved a road for others. Your choices indicate a certain degree of defiance to social norms by pursuing a professional science career but also choosing to have 3 children! Do you think defiance can serve as an attribute for achievement?

I was very fortunate to have a PhD supervisor (George Dixon, U Waterloo) whom, when I told him I intended to start a family during my studies, simply said, ‘C’est la vie’, which pretty much sums up his acceptance, support  and patience and over my long and drawn out PhD period.  But I did interview with other potential supervisors (both male and female) that made it clear that they did not believe it was a good idea to combine the two roles.  I didn’t choose not to pursue projects with the others because of their view point, it just turned out that way, but I had no intension of heeding their opinion on such a personal matter.  So yes when you are told something that is simply wrong, defiance would be appropriate and can serve to help you reach your goals.

2017 was considered an awakening for how women have been mistreated in the workplace. Many changes have already been set in motion such as diversity hiring, pay equity, year-long paid parental leave, and greater awareness of the human rights act and civility in workplaces. Your professional career began during a time in which those conversations weren’t being had and yet you have still survived and flourished. Many of the changes underway are targeted to benefit the incoming workforce. What are your thoughts on these changes? Do you feel that additional considerations are possible for those who managed a professional science career without experiencing those benefits?

The times-up and me-too movements have increased public awareness of what is OK and what is not and that is great.  Just like aspiring actresses or political staffers – I have known young women in science that should have spoken up, but because of their position at the time they were afraid to, and did not.  I sincerely hope that the changes that ensue because of issues brought to light by (currently) high profile women (in Hollywood) will continue to trickle down to improve the situation for other vulnerable groups such as undergraduate and graduate students who don’t tend to have a public voice when they are mistreated in the workplace. 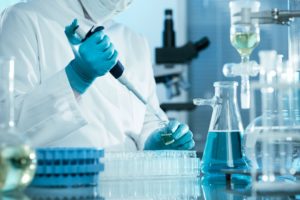