The Laurentian Chapter’s Annual General Meeting (AGM) was held on 22 June 2012, along the beautiful banks of the Otonabee River at Trent University in Peterborough, Ontario. This year’s theme was “Fate, Exposure and Toxicity of Chemicals in the Environment.”  We had three plenary speakers, each giving an intriguing presentation related to our AGM theme. They included:

In addition to our plenary presentations, we had 14 platform and eight poster presentations. In total, approximately 60 people attended the meeting.

Our lunch time lab tours took place in the Chemical Sciences Building of Trent University. Special thanks to Dr. Chris Metcalfe for coordinating the interesting and informative tours which included stops at the Water Quality Centre, the Wind Tunnel, the Biomaterials Lab, and the Microenvironmental Chambers. 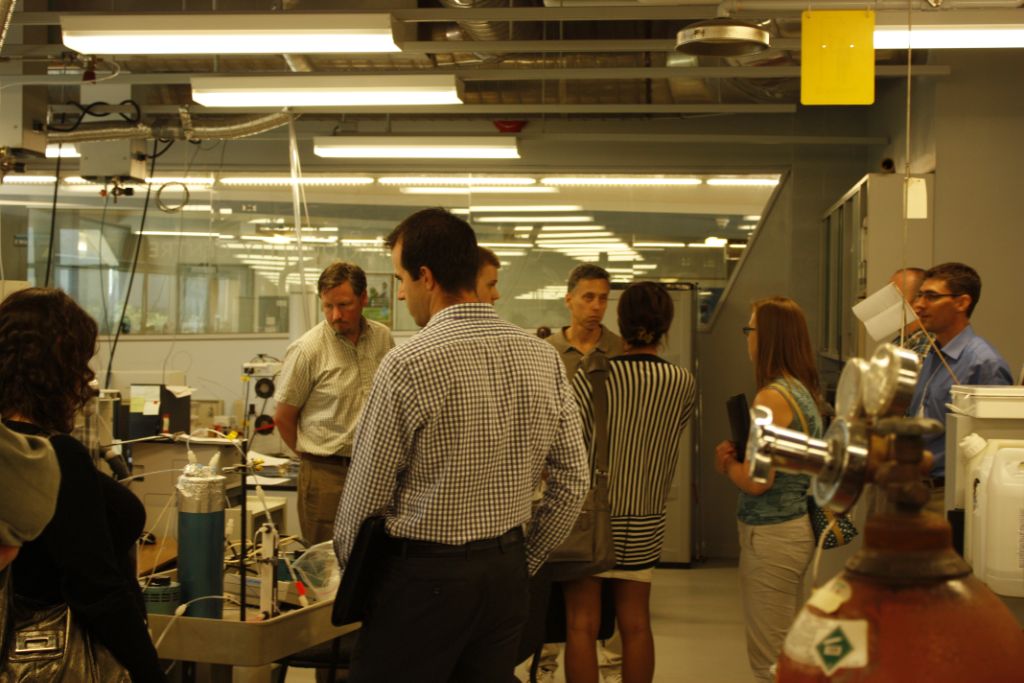 Prior to the AGM, we held a half-day short course on June 21st entitled “Mass Balance Models for Assessing Chemical Fate and Exposure” by  Dr. Jon Arnot (University of Toronto) and Liisa Toose.  The course was held at Peter Gzowski College at Trent University. In total, over 40 people were introduced to the magical world of fugacity models for estimating chemical fate in the environment. The course concluded with a short hands-on demonstration of the EQuilibrium Criterion (EQC) and Risk Assessment IDentification And Ranking (RAIDAR) models.

Our post-short course and pre-AGM social was held at Gerti’s Pub in beautiful downtown Peterborough. Those attending the social were given the opportunity to mingle and network with fellow Laurentian SETAC members over some great pub food and beverages.

The AGM concluded with an Awards Ceremony, which took place across the Otonabee River, in the Great Hall of Champlain College. While taking in the beautiful scenery along the river, we awarded four prizes for platform and poster presentations, as well as one student travel award. Our winners this year were David Stewart, Steven Melvin, Sumera Yacoob, and Brianne McCallum. Congratulations!

We will soon be planning the 18th AGM, which is sure to be another successful and exciting event, so stay tuned…